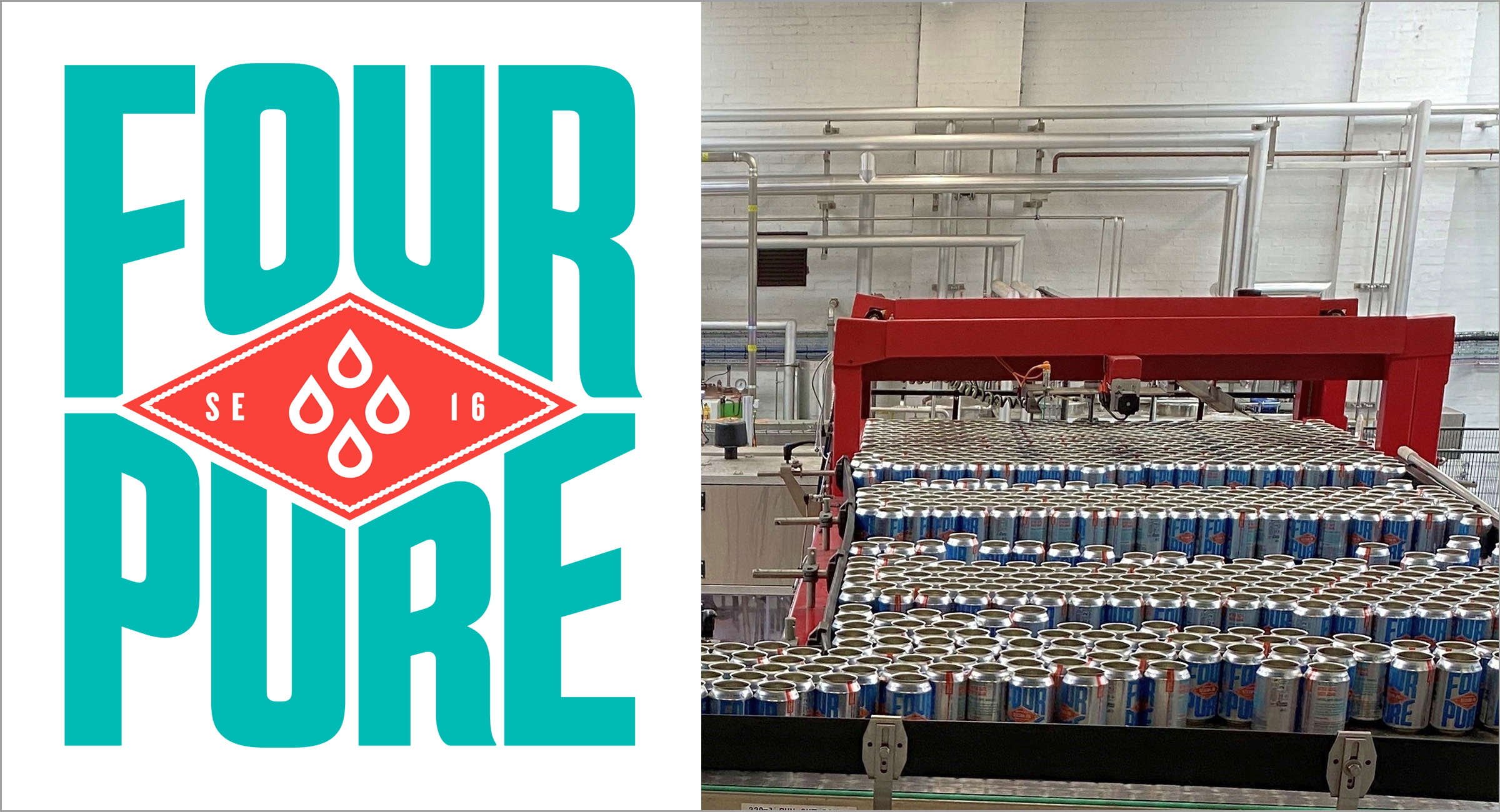 Thinking outside the box? What about looking at the box first?

Fourpure Brewing Co., a London-based craft brewery that’s part of leading beverages company Lion Little World Beverages., saw its demand double in 2020. While this was a cause for celebration, it also triggered concerns about the effect that doubling production would have on their employees’ working hours and conditions. It was this dilemma that led Fourpure to seek Gain & Co’s advice on how to best increase their end-of-line production capacity while relieving their employees of manual and repetitive packaging and palletizing tasks.

Fourpure’s end-of-line production process consisted of a series of manual packaging and palletizing tasks, including erecting cardboard boxes, the packaging of packed beers into said cardboard boxes, and the labeling and palletization of these boxes. Doubling production while sticking to manual processes would have severely impacted existing employees’ workload. Gain & Co suggested a partial or total automation of the processes, initially focusing solely on relieving workers of manual handling while increasing production capacity by automating the process of erecting the boxes and packing them with beer. 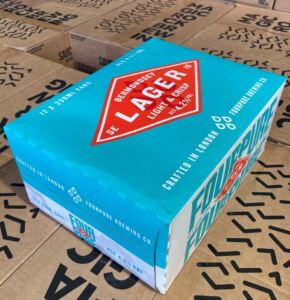 Automation solutions for erecting the outer cardboard boxes, as well as for picking and placing the products in sizes and weight equivalent to the packed beers, are readily available in the market as standardized and matured products in many variants and from multiple vendors. This made switching to an automated solution a relatively low risk procedure for Fourpure.

Gain & Co identified six automation solution suppliers capable of delivering the requested solutions, the majority of which located in the UK, with some additional relevant suppliers located in Denmark. Most of these suppliers were unknown to Fourpure, the newfound variety providing them with greater scope to get the best solution out there at the best price.

The boxes Fourpure used in their end-of-line process were costly due to the easiness with which they could be manually erected. By automating their end-of-line processes, Fourpure would be able to switch to an alternative box type, which is estimated to save Fourpure at least 50% of the costs of their cardboard boxes without quality or sustainability being compromised in the process. In fact, due to their construction, the new boxes would likely have a more positive sustainability profile compared to the ones currently being used.

Usually, we see significant potential for automation in end-of-line at most of the manufacturers we visit, with a positive business case within just 1-2 years. The potential for automation that was uncovered at Fourpure is exceptionally high, but something we encounter regularly as well”, says Mikkel Viager, Senior Robot and Automation Advisor from Gain & Co.

Want to follow in Fourpure’s footsteps and find out your automation potential? Send us an email or give us a call.