Robot Boom in US Manufacturing is Fueled by Strong Supplier Base 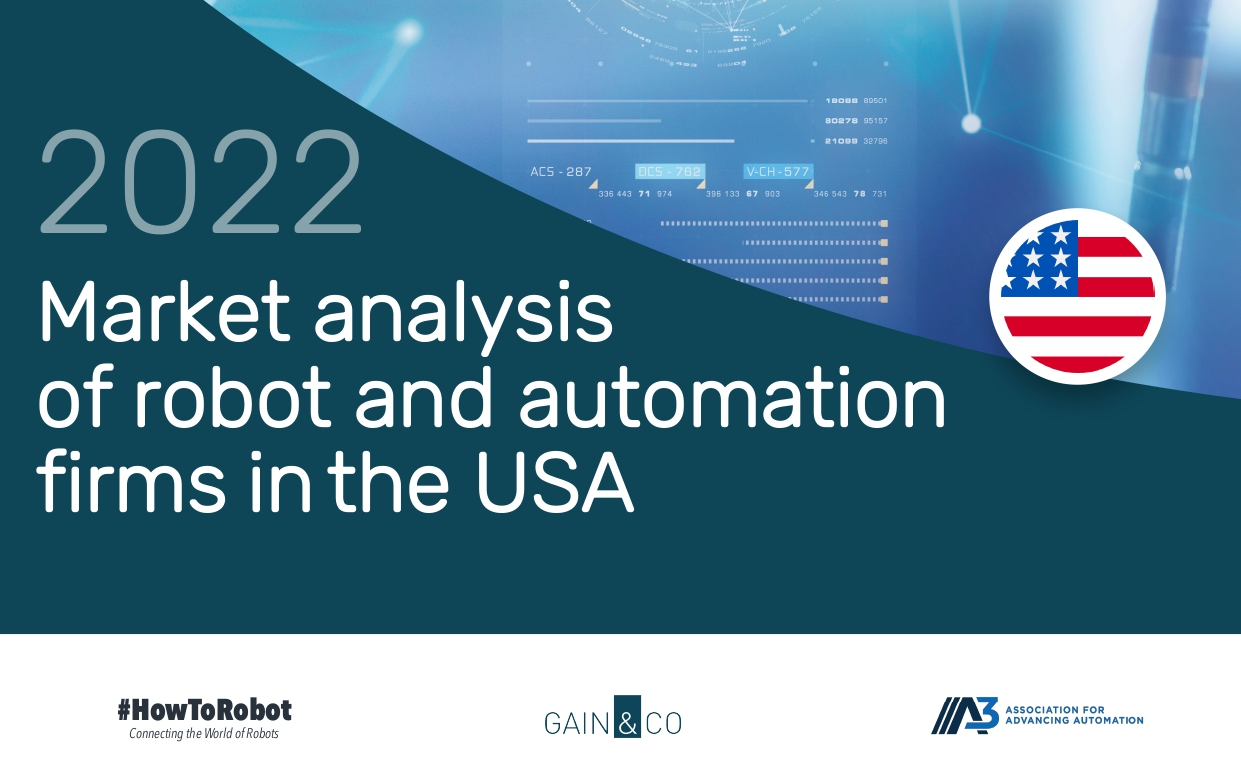 Robot sales in North America reached a record $2B in 2021 driven by urgent manufacturing challenges such as labor shortages, supply chain disruptions, and more. The U.S. robotics industry has proven exceptional at meeting demand according to report from HowToRobot, Gain & Co and The Association for Advancing Automation (A3).

PRESS RELEASE: Robotics and automation are picking up fast among manufacturers in North America with 2021 bringing about record sales of 39,708 robots – a dramatic increase of 28 % over 2020. A strong robot supplier and integrator presence in the U.S. is fueling the growth showing an outstanding ability for implementation, the new report shows.

“What makes robotics companies in the U.S. unique is their ability to take existing technologies from across the globe and adapt them to real-life manufacturing needs. This is particularly useful in the current situation where automation is urgently needed,” said Søren Peters, Group CEO of HowToRobot and Gain & Co.

“Robotics technology is transforming the way business is done across a wide variety of industries, from mature segments like automotive to relatively new areas like retail, construction, and agriculture,” said Alex Shikany, Vice President of A3. “Companies of all sizes are realizing at record rates that robotics and related automation technologies increase productivity, provide better working environments and career opportunities for employees, and are a necessity to compete on the world stage.”

The U.S. has an exceptionally high share of systems integrators covering the market, the report shows. 69 % of the 1,187 robot suppliers in the U.S. covered by the research are systems integrators – meaning companies that sell and often implement integrated automation solutions with robots (but typically do not manufacture the robots themselves). This is a relatively high share of integrators compared to the average of 45 % across 19 other countries studied by HowToRobot. 12 % of the suppliers based in the U.S. manufacture robots.

Robot orders picking up across a range of industries

The robot growth in North America is fueled by robot adoption becoming more mainstream as new sectors start picking up on automation. 2021 was also the second year in a row that robot orders from outside of the automotive industry overtook automotive, which traditionally has been the largest purchaser of robots. Non-automotive orders now represent 58% of the North American total. Unit sales to non-automotive industries saw the following increases in 2021 over 2020:

The U.S. robotics industry is mostly implementing solutions with robots manufactured in other countries. Of the top 16 brands analyzed, all of them are from outside the U.S. (though the two Danish robot firms Universal Robots and MiR are both owned today by U.S.-based Teradyne).

Other characteristics of the robot suppliers in the U.S. from the report:

Many of the companies, technologies and solutions researched in this report will be on full display at the Automate Show – North America’s largest automation trade show – in Detroit, June 6-9, 2022. Registration is free and available now.

About Association for Advancing Automation (A3)

The Association for Advancing Automation (A3) is the leading global advocate for the benefits of automating. A3 promotes automation technologies and ideas that transform the way business is done. Members of A3 represent 1,100 automation manufacturers, component suppliers, system integrators, end users, academic institutions, research groups and consulting firms from throughout the world that drive automation forward. www.automate.org.

HowToRobot is the world’s leading matchmaking platform for robot and automation buyers and suppliers. The company provides global market insights, a range of online tools for buyers to explore their automation options and access to over 15,000 suppliers globally. www.howtorobot.com