When robot projects fail, outdated contracts and trade terms heavily favor suppliers and allow them to withdraw at minimal financial cost. Consequently, customers end up paying for unsuccessful investments themselves. To solve this issue, customers need to hold suppliers responsible for more than just supplying – and the conception of robots needs to be changed.

When we buy most well-known products, we usually know what to expect. A pizza can satisfy our hunger, and a car can take us from point A to point B.

However, when the product is made from complicated, cutting-edge technology – perhaps customized specifically to us like most robot solutions – the outcome is harder to predict.

Nevertheless, it seems that many companies still buy robots as they would buy a pizza, car, or any other product that we know what to expect from. But if the robot solution doesn’t work as intended or doesn’t yield the expected profits, customers end up paying the price.

The issue lies within the legal terms, issued by the suppliers when buying and selling robots. The suppliers deliver the product but aren’t obligated to ensure the success of the solution. Customers agreeing to these terms seem to forget that, unlike a couch or a TV, a successful implementation of robot technology requires more than just delivery and unboxing.

For this to change, customers need to think of robots as long-term investments, and contracts and trade terms should hold suppliers responsible for ensuring that the robot actually meets the return on investment.

Industry immaturity and outdated contracts tip the balance of power

Consider a company buying a robot to speed up some process at an existing production line. This robot is delivered and installed by a supplier, but because of some unforeseen interaction with the existing system, the entire solution cannot run. This is due to an ignorance of the requirements of the new solution and additionally missing specifications and requirements from the supplier.

To accommodate for the unforeseen interaction, the company must change several processes and adjust and modify the existing solution, making the whole project much more expensive than expected, and ultimately, it has to be dropped.

Several cases like this show that customers rely on suppliers’ contract and trade terms leaving them with the entire risk for a successful acquisition. When buying a robot, customers should make sure that suppliers be held responsible for more than just delivery. 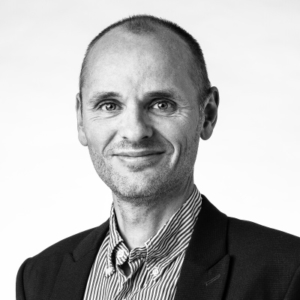 Customers should demand more from distributors – and from themselves

Ideally, suppliers should conform to the demands made by customers, not the other way around. Customers should be empowered and encouraged to challenge the contracts and trade terms issued by the suppliers that, currently, give suppliers little reason to making sure that the delivered solution actually nets a profit.

As seen in IT-contracts, deals in robotics should also be centered around the realization of profits. Suppliers should be responsible for proper implementation, and the contracts and trade terms need to ensure that distributors have an economic incentive in the success of the robot.

One such suggestion is that of gainsharing: Customers paying distributors some percentage when the delivered solution reaches a certain task execution time.

Demanding more from suppliers does require, however, that customers be more precise and specific in stating their criteria for success. They must be precise in defining their needs and in stating exactly when such needs are fulfilled. Additionally, they could share their business case with the suppliers, making sure that both parties are on the same page with regards to the goals of the acquisition. This of course requires a thorough analysis of the production itself and of existing solutions and their interactions with the robot.

When looking to buy a robot, keep the following in mind

Encouraging customers to being bolder is one thing. Another necessary step is to formulate new industry standards for buying and selling robot solutions. These standards need to recognize the complexity of this technology and ensure that suppliers as well as buyers have an incentive to ensuring its success. In this way, everyone will be involved in realizing the full potential of robot technology.

No robot can, regardless of its level of sophistication, increase profits on its own. It requires a solid business plan, and the legal terms of the investment must be properly worked out as well. This last point is often overlooked, and so customers need to keep the following points in mind when looking to automate with robots:

About the Author: Mikael Klint