Many companies investing in robots will face the same efficiency dilemma, says Niels Korsager, a new automation advisor at Gain & Co. The solution, he adds, is to regard robots and automation as a long term strategy instead of a short term investment.

The path to success with robots and automation is far from dead straight. Many companies typically choose to automate in order to save money in the short run. But they risk tripping along the way if they only look at robot investments with savings in mind.

This is the message from Gain & Co’s new automation advisor, Niels Korsager, who as a production engineer has been involved in a long chain of automation projects over the last 25 years.

“It is generally a challenge in the industry that you have too short term a focus and only automate to save on wages,” he says. Many companies expect depreciation on robot solutions within as little as 2-3 years. And even though this sometimes is sensible, it can often be a hindrance in the opinion of Niels Korsager.

“If your focus is too short-term, you risk the company not realizing the full potential for gains throughout the automation project,” he says and clarifies:

“There will typically be many challenges in the beginning, which extend the running-in period. For example, when a new robot automation cell ends up creating new and unforeseen bottlenecks in production.

The challenge according to Niels Korsager consists of viewing each robot solution in isolation, even though these are parts of a greater whole. In this manner, you simply risk “effectivizing yourself to death”.

One example could be a welding robot, which perhaps could reduce the welding time itself for each item. But if the operator still must use the same amount of time on set up, calibration and preparation of components as before, the robot will create a new bottleneck in production.

The consequence of this reduced flow efficiency is that the gains from the robot may vanish or become far smaller than expected.

“This is the dilemma many face: You focus too much on resource efficiency but end up reducing flow efficiency drastically,” says Niels Korsager. 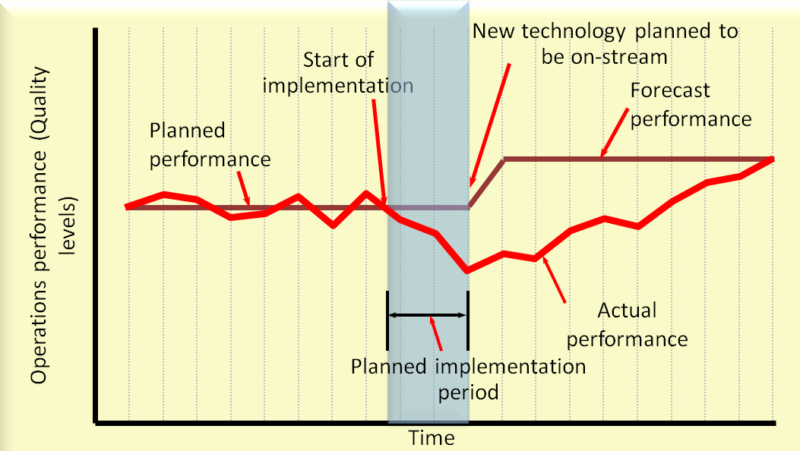 Murphy’s Dip is well-known for many companies, which implement new robot solutions and realize that implementation won’t always run as planned. Without correct planning and management, the business will experience a temporary “dip”, where it becomes less productive. This is typically caused by both operators, technicians, and engineers being busy with crisis management tasks and thus having less time for regular operations. Graph: Nigel Slack, Operations Management (2013).

Robots should be viewed as a long-term strategy.

A good place to start is to view automation as a strategic initiative and thereby a long-term investment.

In practice, this can mean that you challenge the depreciation rules and investment practices of the business and view them with a more long-term perspective. Similarly, you must be ready to further educate employees. And beyond that, you ought to analyze the overall flow in production, before investing in new automation solutions, he explains:

“It may be that you should start off by cleaning up production and investigating how the future production flow should be shaped, to ensure that automation can both support flow efficiency and give further competitive advantages, rather than investing in robots immediately.”

If you opt to invest in robots, you should calculate the full potential and not just productivity gains, he rounds off:

“The calculation of potential is not just about saving wage hours, but also about gaining further competitive edges such as increased traceability, documentation, quality, and improved working environment.” 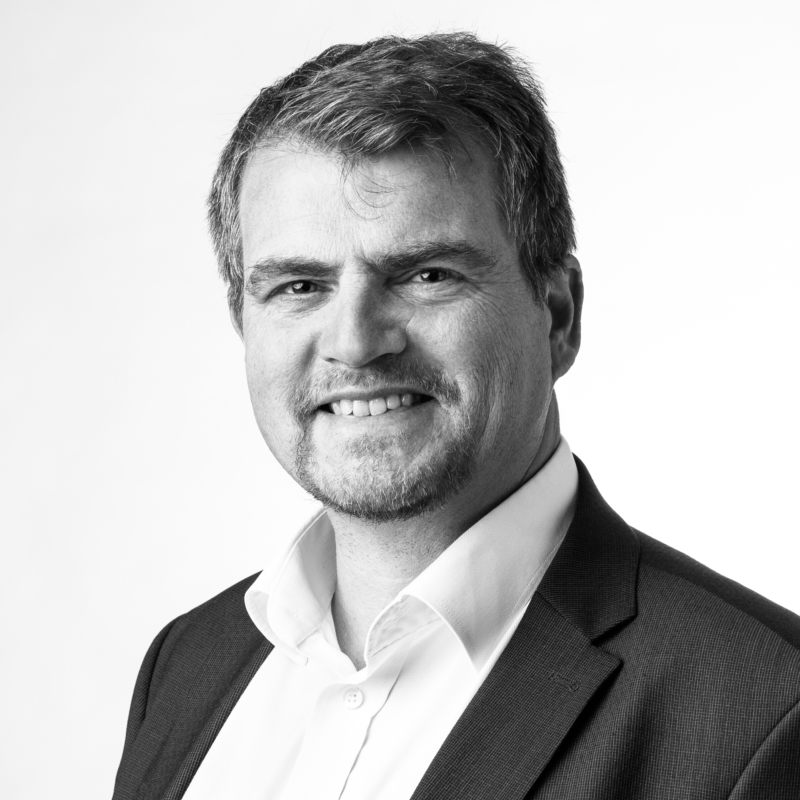 About the Author: Niels Korsager