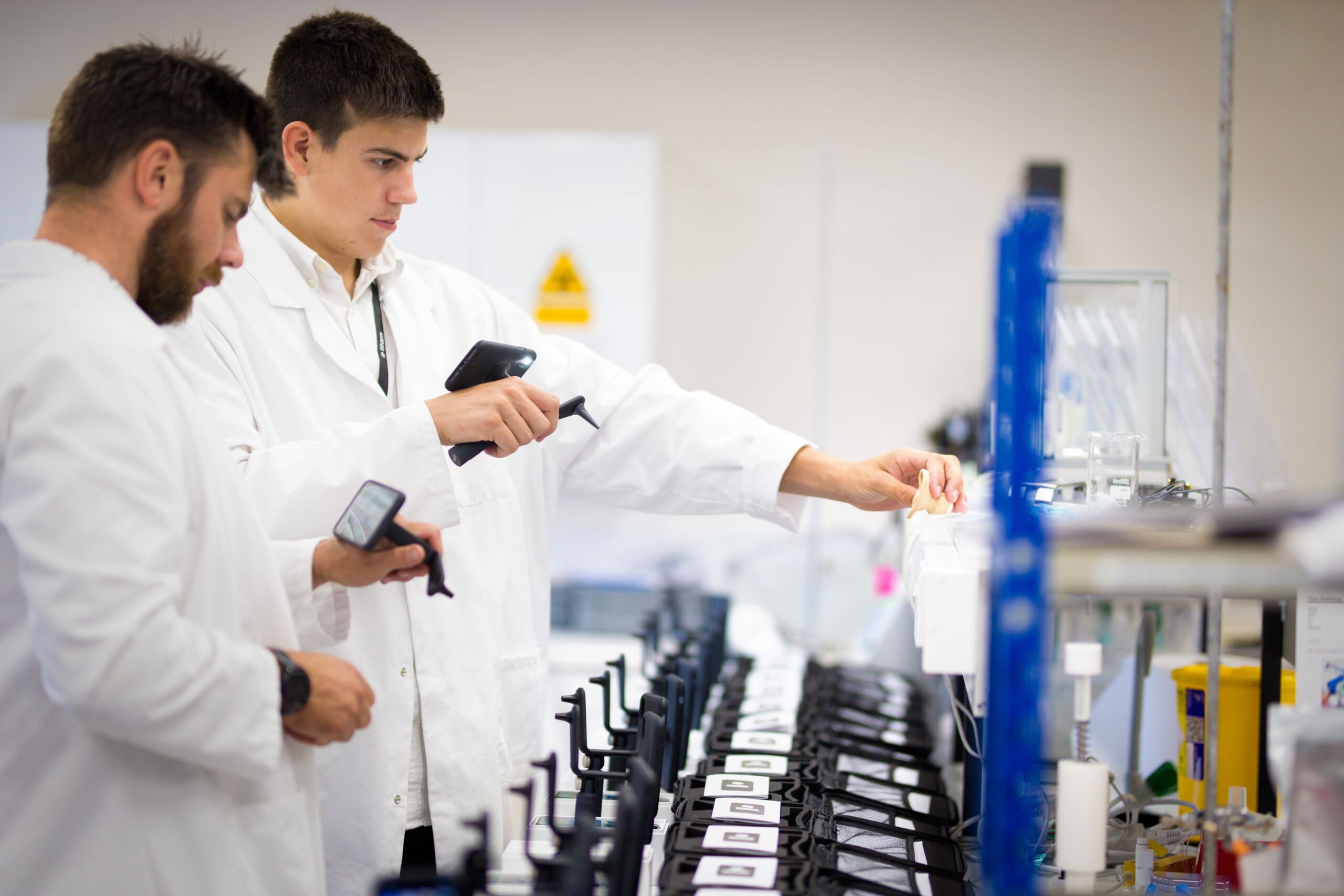 8 reasons why companies buy robots — and no, it’s not just about replacing people

Many companies choose to invest in robots and automation in order to improve production quality, working environment and make up for worker shortage.

It is a myth that companies are mainly buying robots in order to replace workers.

Robotic consultants from Gain & Co have assessed the automation potential of more than 100 Danish companies. Only very rarely have they seen cases where buying a robot results in a layoff of employees.

Yet, the prejudice about robots, that we get from the media, is that their main job is to replace human workers. In reality, that is not true for most companies.

Instead, here are the eight most common reasons to invest in robots and automation:

After getting the robot to work, companies are generally able to increase production output at the same cost as before. This, however, does not make the employees redundant. Robots are often assigned to the most repetitive tasks, while employees have time to focus on those tasks that add more value to the product.

Many companies invest in robots to optimize task execution and speed up production time. In a time where customers expect a shorter time between order and delivery, this is particularly important. Robots typically work without breaks. In some cases even faster than an employee, as long as the task is simple — for example bending metal sheets or packaging and palletizing the end product.

Once the speed of each process increases, the rest of the production has to keep up. The total production time will only decrease if the automated process removes a bottleneck, or when you increase the pace of all the processes before and after the robot. Many companies still overlook this when investing in robots and automation solutions. There is not much sense in saving a few seconds by automating a process if the finished unit has to wait several minutes before it can be received by the next process.

In many cases, robots can yield a more consistent result than different employees taking shifts. The robot is programmed to repeat exactly the same movement and for this reason, many companies use robots to increase the quality of their products.

This does not imply that robots are more craftsmanlike than their human counterparts. Typically, they have a difficult time doing complicated tasks, which require particularly good craftsmanship. But in those cases where you have to repeat a simple welding task many times, industrial robots might very well provide a more homogenous result. And when quality increases, companies generally tend to see fewer complaints about their products.

The assembly line was a marvelous invention — it made production way more efficient than before. But all that efficiency has a caveat: Workers are exposed to a lot of repetitive and often fatiguing work. Some companies try to solve this issue by demanding that employees rotate between tasks at certain intervals so they don’t have to repeat the same heavy movement too many times.

For many, robots and automation is the next step and a solution to relieve employees and improve working conditions. In hazardous working environments, for example, robots are an obvious choice. But very often it is just as much about taking over monotonous and boring tasks and letting people do more versatile work.

5. Get experience with robots

In these cases, the robot will not necessarily make production more efficient right away. The purpose is to get acquainted with the technology and build up people’s skillsets in handling it. Once the company invests larger amounts in robots, this experience comes in handy. If upper management has a strategic goal of automating production, it’s very reasonable to start low and build up from there.

Let’s be honest: Most companies buy robots to make production more efficient. For them, a robot is a question about using off-the-shelf technology to automate well-documented processes.

In rare cases, however, companies also use robots strategically to get the first-mover advantage. These companies choose to invest in high-risk development projects because they are making a calculated bet of becoming the first on the market to reap the benefits of a new automation solution.

Being a pioneer is risky, though. That’s why it’s only rarely afforded and only by companies that can endure project failures and things getting more costly than anticipated. On the other hand, being a pioneer can be a necessity in some industries like the farmaceutical. If the industry is heavily regulated, it might take years to get a new solution approved. If you then limit yourself to off-the-shelf technologies, you run the risk of them being outdated by the time the approval is granted. A development project might stand a better chance of being up-to-date upon approval.

Finally, advanced robotic solutions also serve some cosmetic purposes that should not be overlooked. It is easier to gain the trust of clients with a manufacturing site full of robots — they are a sign of a well-functioning and effective production.

Not all companies are able to keep up with demand. Worker shortage can be a real obstacle to company growth. That is why robots and automation solutions are much sought after by those, who have a hard time finding qualified workers.

When it comes to certain niche areas like welding, advanced assembly or quality control it can be quite challenging finding people with the proper skills and experience. A company might then double its production capacity by adopting a welding robot carefully instructed by a skilled welder. The welder teaches the robot what to do and it has the advantage of performing exactly what it is told. This way, the company can increase production capacity using expertise from within the company.

If you can’t make the ends meet, outsourcing the production line to a low-income country is typically the ultimate consequence. But there can be another way: By optimizing production flow and investing in robots and automation, some companies might postpone or even avoid outsourcing to other countries.

This has several advantages, one being a tighter production that is able to react quickly to unforeseen events. It is often too late when you discover a manufacturing fault once the containership has arrived from China with all the components. Fixing the fault at this stage can become both costly and time-consuming.

Robots and automation can reduce some of these costs associated with outsourcing — like freight, traveling expenses, delayed shipments and so forth. Also, by avoiding outsourcing, the company is less vulnerable to wage increases, worker shortage and other unforeseen factors at the outsourcing destination.